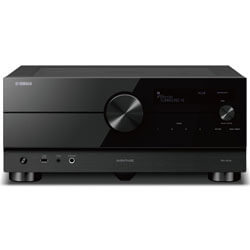 The present review is aimed to compare two AV receivers - Yamaha AVENTAGE RX-A3080 vs Yamaha RX-A6A that are meant to satisfy the needs of cinema and music lovers.

WI-FI modules have the same characteristics: 2.4/5GHz. Rivals from our review have Bluetooth support. The Apple Music service is implemented on considered devices: AirPlay, AirPlay 2. Spotify can be used on each receiver. The AVENTAGE RX-A3080 can work with the audio stream from Deezer, TIDAL, Pandora, Sirius XM, Napster, Qobuz, and the RX-A6A can receive a content from Deezer, TIDAL, Pandora, SiriusXM, Napster, SoundCloud.

Each receiver has 7/3 HDMI inputs/outputs.

Each of the AV receivers from our review supports 3 Multi-room zones. The AVENTAGE RX-A3080 supports voice control via Amazon Alexa, Google Assistant, and the RX-A6A - Amazon Alexa, Google Assistant, Siri, Josh.AI. It is also worth noting that the ECO mode is presented in each of the receivers. Both AVENTAGE RX-A3080 and RX-A6A can be configured using the Setup assistant.