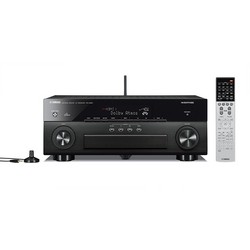 Having had an opportunity to test Onkyo TX-NR545 vs Yamaha RX-A850, I’d like to share my impression here to facilitate your choice of a new AV receiver.

The manufacturer installed different DACs, the TX-NR545 received the model Hi-Grade 384 KHz/32-bit, but the RX-A850 is equipped with Burr-Brown 192 KHz/24-bit. Each of the compared opponents supports Bi-amping. Both Onkyo TX-NR545 and Yamaha RX-A850 can transmit an audio signal directly to the amplifier and bypasses any DSP processing. Each of the receivers has a Bluetooth connector. Both devices can work with such Apple Music services: AirPlay. Access to the Spotify service is on each of the competitors. The number of available streaming services varies for receivers, the Onkyo TX-NR545 works with Tunein Radio, but the Yamaha RX-A850 works with Pandora, Sirius XM, Napster, JUKE, Rhapsody.

Support for the HDR function can only boast of each of the AV receivers. The quality of 4K/60Hz signal remains unchanged when transmitting from a source to a TV or projector via HDMI for both receivers. Signaling over HDMI in standby mode can provide the TX-NR545 and the RX-A850. Video scaling is only possible with the RX-A850. Review participants do not have the Dolby Vision feature.

HDMI Audio Return Channel is implemented in both devices. HDMI eARC is not supported by the TX-NR545 and the RX-A850. When comparing receivers, it becomes clear that each of the rivals can work with HDMI CEC. TX-NR545 and RX-A850 support the standard HDCP 2.2. In the presence of a built-in phono stage for connecting a vinyl player only at Yamaha RX-A850.

Ability to create 2 Multi zones inherent in both AV receivers. Voice control of the basic functions of the receiver is not realized in both models. There is an ECO mode in RX-A850. The Onkyo TX-NR545 and the Yamaha RX-A850 can be properly configured using the setup assistant.

A Dolby Atmos multichannel audio format is available both models. A DTS:X surround technology is not supported by devices from our comparison.