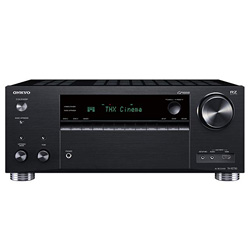 Competitors' digital to analog converter (DAC) is identical to AK4458 384 KHz/32-bit. Both the VSX-LX303 and the TX-RZ730 support Bi-amping. Each of the AV receivers can transmit an audio signal directly to the amplifier and bypasses any DSP processing.

WI-FI modules have the same characteristics: 2.4/5GHz. Rivals from our review have Bluetooth support. The Apple Music service is implemented on considered devices: AirPlay. Spotify can be used on each receiver. The VSX-LX303 can work with the audio stream from Deezer, TIDAL, Pandora, TuneIn Radio, and the TX-RZ730 can receive a content from Deezer, TIDAL, TuneIn Radio.

Both AV receivers support HDR10 technology (High dynamic range). Compared AV receivers retain the quality of 4K/60Hz signal when transmitting from a source to a TV or projector. HDMI signal transmission in standby mode is implemented in each of the devices. The VSX-LX303 can scale the input HDMI signal, unlike the TX-RZ730. The HDR standard - Dolby Vision is supported by these receivers.

Each receiver has 7/2 HDMI inputs/outputs.